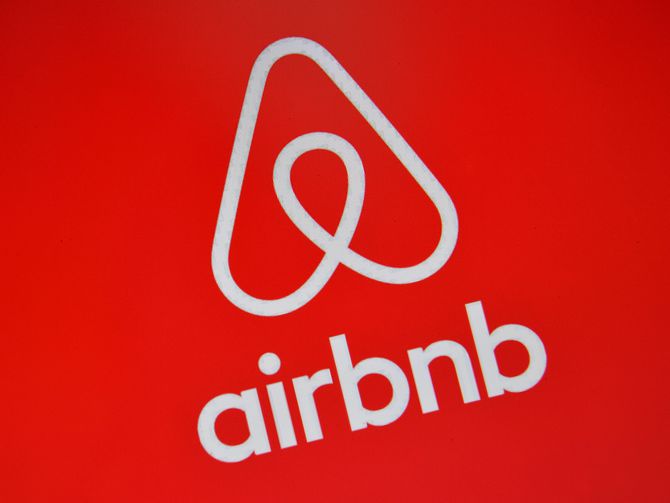 AirBnB is, undoubtedly one of the larger success stories in the travel industry of late, allowing private owners to publish rooms and apartments for short term rental. Taking a commission of around 10% on average has created a nice revenue flow for the investors and Airbnb books 1/2 a million nightly stays in almost 200 countries. Lately the company has come under fire as the site includes a substantial number illegal content – that is apartments for which the owner doesn’t pay taxes and/or are not allowed to rent out under city laws. The problem being that the company is failing to take editorial responsibility.

An interesting historical parallel is the file sharing revolution that took-off a decade ago. The emergence of file sharing sites (Napster.com in particular) challenged existing business models, copyright legislation and sparked numerous ethical, technical and financial debates, with the question of legality as a key issue.

Simply put, the argument put forward by Napster, Kazaa, Limewire and other file-sharing sites was that they, as companies, could not be held responsible for copyright infringements committed by the users of their systems. This “Napster defence” is what Airbnb is attempting at the moment by not 1. Having a control system under the sign-up process and 2. Not removing illegal offers from their site.

AirBnbB’s terms and conditions telling hosts not to break any laws are comparable to file sharing sites’ notice warning not to break copyright laws on their site. The question is how legally viable is this approach when your whole business model is based on largely illegal activity? In cities like Amsterdam, London, Paris, Barcelona, New Orleans, San Fransisco and New York the likelihood of the accommodation offer being illegal is especially high due to local restrictions on vacation rentals. In New York (source: skift.com) supposedly about half of the rentals on Airbnb are illegal.

AirBnB is not much different from the numerous file sharing sites that have had to close during the last decade, it all boils down to “editorial responsibility”. The company is, at the moment, reacting like those moribund file sharing sites by refusing to remove illegal content, thus not taking any editorial responsibility. In fact, the situation with Airbnb is more clear-cut as it is a lot less complicated defining what constitutes an illegal activity and there are no intricate privacy issues related to a control system.

Two things killed the file-sharing sites mentioned (even though Napster is reborn); law-suits and new technology (streaming). The law-suits was an extremely costly, counter-productive exercise for all involved whereas the development of a new technical solution opened the door to new business models for the music industry, despite significant growing pains. In a market, the emergence of a new concept that is at odds with existing norms is a frequent occurrence. The concept that survives, though, is the one that tackles the challenge directly instead of trying to “ride it out”.

If the company continues to be a non-regulated marketplace the effect would be that the market is flooded by illegal offers. The repercussions of this unchecked growth in private holiday rental listings are potentially destructive on many levels. Most official holiday rental agencies take their relationships with neighbours and the community seriously, educating their guests and even screening, to some extent, their customers (by age, usually) to avoid antagonizing the community.  A free for all situation leads to lower the general trust level, hurt the brands (both Airbnb and the cities) and trigger more rigorous regulation from city governing bodies.

Just like Napster created a lot of excitement and opened the doors to new opportunities by lowering the entrance level to the market, Airbnb has created a lot of buzz and changes in the travel industry and huge revenue for its owners. Just as the online sharing model of music became too big to bury, it is obvious that the share economy model cannot (and should not) be regulated away. Unfortunately there appears to be no statements issued, or initiatives made, on behalf of Airbnb, that point to the company actually adjusting their model to contribute to a more productive share economy for all.

Airbnb CEO Brian Chesky states that we are only in “Day Two” of the sharing economy, in which case “Day Three” should be the time to start addressing how to best get to “the seventh day” when the world is in order and everyone can rest comfortably in their beds, or couches. There is no doubt that the couch model and the private apartment model can exist side by side. The demand for city holiday rentals is so great that the whole stay industry can only benefit from a more flexible, and finely segmented supply situation.

One can easily imagine one out of two probable scenarios in the Airbnb headquarters from the standard response they produce to legal challenges in different cities that they are “working closely with city authorities”; 1. Working closely with actually means that they are sticking their heads in the sand hoping for business as usual or 2. They actually are working with authorities to find solutions. Judging from the way this stay concept has come to flourish due to the simplicity of the idea and the complexity of the concept (marketing, pay model etc.) it is hard to believe that alternative 2 is not their chosen strategy.

Taking editorial responsibility seems to be an inevitable outcome; the next step on “the third day” of the sharing economy. This is the day when a new model has to adapt to rules and regulations that are not tuned to the mechanism of share economics. At the moment Airbnb is the square peg trying to pass through a round hole. Creativity is demanded both from authorities and executives of the share model to ensure a smooth passage into day three of both the share economy and of stay concepts.

UPDATE: Since this post was first published (2013) AirBnB has signed tax agreements with 275 governments.

This site uses Akismet to reduce spam. Learn how your comment data is processed.